Osmolarity represents the number of moles of particles per liter of solution, while molarity represents the number of moles of molecules per liter of solution. Why do we have these different ways of expressing concentration? We have to change the units because different substances behave differently in solution. For example, when NaCl is dissolved in water it breaks apart into Na+ and Cl- ions (this is a characteristic of substances held together by ionic bonds). Thus, there are now twice as many particles than there were when the substance was dry. Consequently, a 1 molar solution of NaCl (molecules) would be a 2 osmolar solution (particles) (technically it would be a 1.6 osmolar solution as there is not a complete dissociation of the two atoms). Glucose is different. Glucose does not break apart in water because the atoms are covalently bonded. Therefore, a 1 molar solution of glucose will also be a 1 osmolar solution. The concentration of solutes in body fluids is 285–295 mOsmoles/liter (for simplicity we often round this number to 300). We place the small m, which stands for milli or one-thousandth, in front of osmole because we are dealing with very small amounts, 1000 times less than an osmole. Osmolarity is a useful term because now we can use words to describe solutions: such as isosmotic, which means, “two solutions have the same number of particles;” hyperosmotic, which means, “one solution is more concentrated than the other;” or hyposmotic, which means, “One solution is less concentrated than the other.” Notice how we use three different prefixes to help us describe the nature of the solution: iso means “same,” hyper means “more,” and hypo means “less.” (Note: Osmolarity takes into account all of the particles in the solution. Therefore, if you have a liter of solution containing one mole of glucose and one mole of NaCl, you would have a three osmolar solution.)

Perhaps the most important concept when talking about solutions and how they affect the body is tonicity. “Tone” means “firmness or stretch of a tissue”, so the term Tonicity is a term used to describe how a solution affects the firmness or stretching of a cell when it is placed into a solution. One important concept is that now we begin to deal with membranes and particles. Why are cells affected by different solutions? The answer lies in the behavior of particles with regard to diffusion. Particles will tend to diffuse from areas of high concentration to areas of lower concentration to reach equilibrium. However, if the membrane is not permeable to the particles, then instead of particles moving or diffusing, water will move or diffuse through aquaporins in the cell membrane to reach equilibrium. Additionally, at equilibrium, the osmolarities of the two solutions will be the same. When water moves out of a cell, the cell shrinks; likewise, when water moves into a cell, the cell swells. Thus, if we place a cell into an isotonic solution, the cell shape will not change because the solutions are already in equilibrium, so there will be no net movement of water or solutes across the membrane. In other words, isotonic solutions have the same concentration of osmotically active particles (osmotically active particles are non-permeable particles) as are found in the cell. If the cell swells, we say that the solution was hypotonic, and if the cell shrinks (crenates), we say the solution was hypertonic.

Remember, fluids and ions inside the cell (intracellular fluid) and fluids and ions outside the cell (extracellular fluid) will always move to equilibrium, either by movement of solutes (ions) if they can cross the membrane or by the movement of water if the solutes cannot cross. However, there are exceptions to the rule! By now, you are probably getting used to exceptions in science! For instance, some solutes can cross the membrane, enter the cell, and then disappear! This disappearance act is due to the ability of the cell to metabolize (or eat) the solute. What will happen to equilibrium in this case?

Let's look at a few examples. Five percent dextrose (dextrose is another name for glucose) is isosmotic with regard to body fluids because it has the same number of particles per water as the body; however, once infused into the body, the dextrose solution acts like a hypotonic solution. If the solution is the same concentration as cell fluids, why does water move? This is because glucose is a solute that is permeable to the cell membranes in healthy individuals. However, once inside the cell, the glucose is immediately metabolized (the cell eats it). More specifically, as the solute (glucose) moves into the cells, the cells metabolize the glucose molecules, which effectively makes the glucose disappear. Within seconds, the solute concentration on the outside of the cell becomes less and less as the glucose moves into the cells and disappears. Since the cell constantly “eats” the glucose, the gradient for glucose to keep moving into the cell stays high, even though the concentration of glucose in the surrounding solution continues to decrease. Thus, the overall concentration of glucose on the outside of the cell becomes less and less. To maintain homeostasis, water will start to move into the cell to try to balance the solute concentrations on both sides of the membranes, causing the cell to swell (hypotonic solution).

The figure below shows what happens to red blood cells when they are placed into hypertonic, isotonic, or hypotonic solutions.

The link below shows what happens to a wilted plant when it is placed into a hypotonic solution. 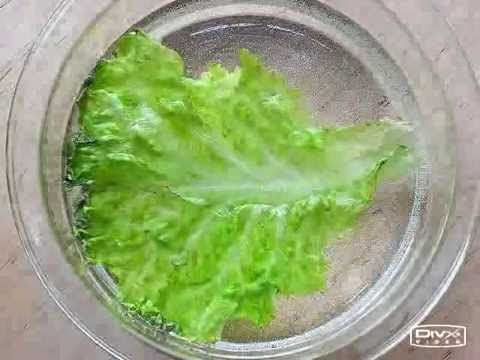 Let’s try one more example. Consider a solution that is composed of a 0.9% NaCl solution mixed with a 5% dextrose solution. Both solutions are considered isosmotic to the cell, but when added together, they become double the concentration of the cell. Thus, this solution would be considered hyperosmotic. If we place a cell into this solution, what will happen? To answer this question, let’s talk about tonicity. Now, when talking about tonicity we need to consider the nature of the particles. NaCl is considered nonpenetrating (nonpermeable), while dextrose is considered penetrating (permeable). Once a cell is added to the solution, the dextrose will immediately move down its concentration gradient into the cell and “disappear” until all that is left will be the 0.9% NaCl. Thus, even though this solution was hyperosmotic to begin with, it becomes isotonic with respect to its interactions with the cell. At equilibrium, the cell will not change shape.

**Here are the answers for the table above. Be sure you understand why the answers are what they are.

**Note: Other texts, even hospitals on occasion, tend to use less rigorous definitions of tonicity. In other words, definitions are loosely given to define all hyperosmolar solutions as hypertonic. This is based on the observation that water can cross the membrane faster than the permeable solute can cross. It may also be based on the incorrect assumption that tonicity and osmolarity are the same things. Thus, the initial effect of an abrupt change in extracellular osmolality may be temporarily different from the predicted tonicity change. In other words, a 5% dextrose solution in saline would be considered hypertonic because there are more than 300 mOsm of solutes in this solution. The problem with this definition is that it does not distinguish tonicity from osmolarity, as it makes no reference to whether the solutes are permeable or non–permeable with respect to a particular membrane. We believe that loose definitions create confusion and, therefore, have defined tonicity by the more rigorous definition of "effective osmolarity."